How the sewage system functions

As soon as it is used, drinking water becomes municipal waste water and travels together with industrial and meteoric water from the predominant part of urban areas to the public sewage system. One can only speak of an orderly waste water drainage when waste water is treated in a treatment plant before being discharged into the environment. Mechanically and biologically treated, controlled and in compliance with the regulations, it is returned to the natural environment, which completes the water cycle.

The sewage system consists of pipelines of different dimensions, from 25 to 240 cm, as well as a number of technological facilities, such as pumping stations, overflow facilities, retarding basins, connection facilities, inspection chambers, oil and sand traps and treatment plants. In general, sewage systems are gravitational, which means that the force of weight is used for waste water drainage, as water flows downwards. In individual flatland areas and where watercourses are crossed, waste water must be re-pumped to the main reservoirs on higher grounds, which is performed at numerous pumping stations. The sewage systems include 48 pumping stations with an annual capacity of 7 million m3 of waste water. 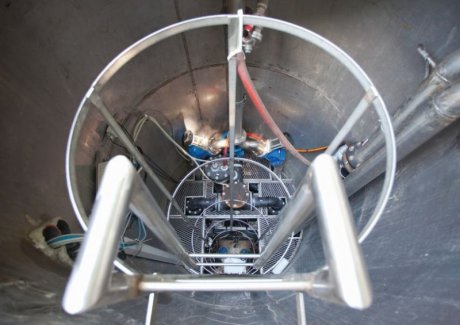 Sewage networks are ordinarily located deeper than other public utility ducts. We manage 329 kilometres of sewers for municipal waste water, 318 kilometres for meteoric waste water, and 487 kilometres of a mixed type. To enable the continuous flow of waste water, sludge, sand and other deposits must be regularly removed from the sewage network. Modern cleaning machines are used for this purpose. The cleaning of sewers of small to medium diameters (up to 1100 mm) involves cleaning systems that use high water pressure to wash sediments away from the bottom of the channel, as well as deposits on the walls of the pipeline. Suspension is washed away to the next sewer shaft, where it is re-pumped to cleaning machines. In the machine, the sediment is separated from waste water, which is partly returned to the sewage system, while part of the filtered waste water is used for further cleaning. The manual cleaning of sewers of larger diameters cannot be fully avoided. 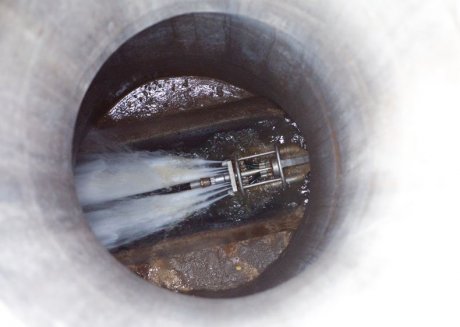 Cleaning of the sewers

The sewage network is regularly supervised because a leaking network may cause environment pollution. The risk also goes in the opposite direction: groundwater can penetrate the sewers, hydraulically burdening the sewage system. The accessible sewage network of large dimensions is controlled by the staff, while the non-accessible areas are recorded by cameras fixed on a computer-operated robot, controlled from a vehicle equipped especially for this purpose. The data on the sewage network are important for decision-making on emergency interventions and the planning of renovation. One hundred kilometres of sewers are inspected annually. 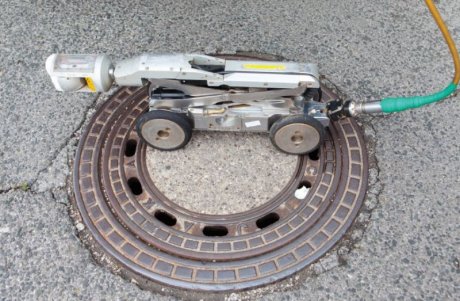 Inspection with a camera

All facilities in the sewage systems are automated and remote-controlled from the central control centre. Remote control allows fast and efficient intervention in the case of a defect or error in the system, while the periodical transfer of data on operation is the basis for daily decision-making on management and maintenance, as well as for planning the development of the sewage system.